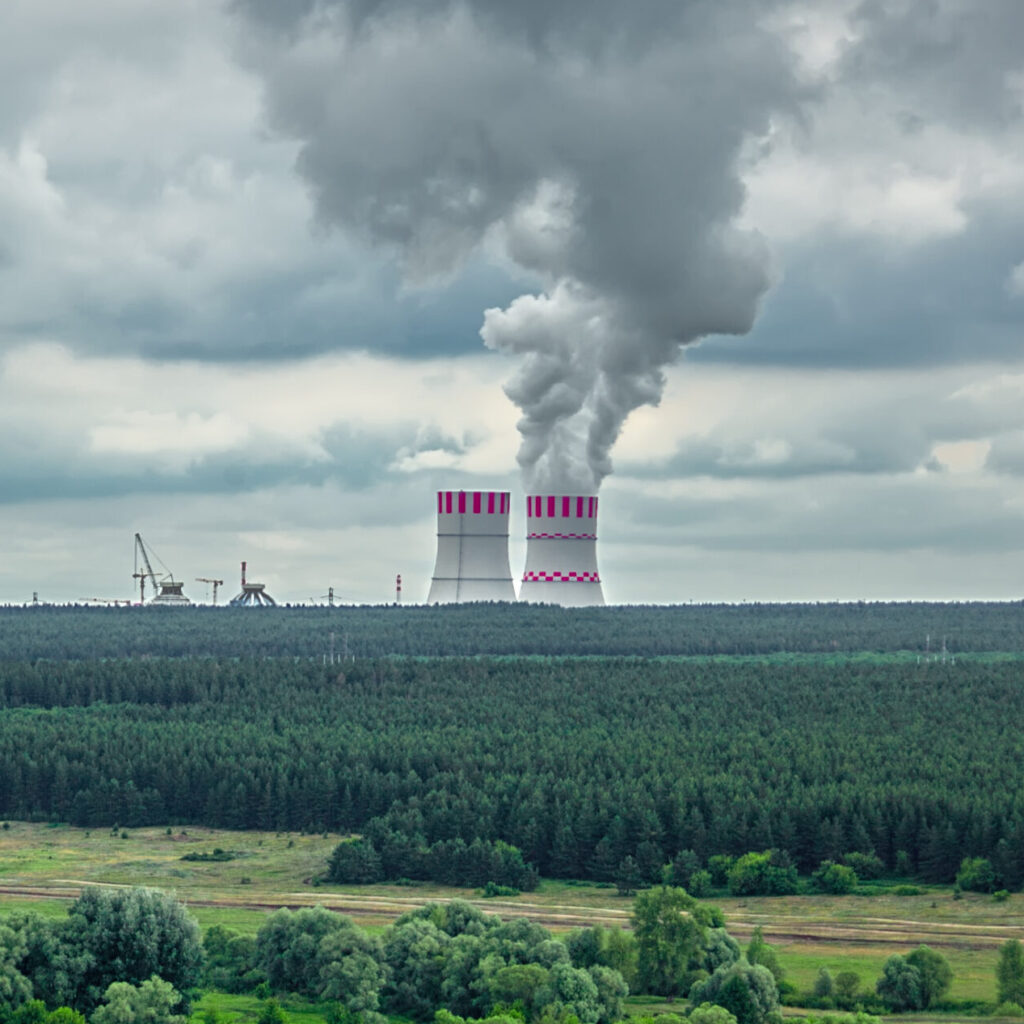 Rosatom is one of Vladimir Putin’s personal projects. He established the state-owned nuclear energy corporation in December 2007 by presidential decree. Since then, Rosatom has grown to encompass over 350 enterprises that deal in energy as well as non-energy products and services. Rosatom generates 215.7 TWh per year, over 20% of Russia’s electricity consumption.

Crucially, Rosatom is in charge of maintaining Russia’s nuclear arsenal – the very weapons with which Vladimir Putin has threatened the world.

The invading Russian army and Rosatom have shown clear signs of criminal negligence and extraordinary recklessness in the recent assaults on Ukraine’s NPPs.

The attack on Chernobyl left the whole facility without power. The outage compromised the damaged reactor’s sarcophagus as well as the cooling system for the spent fuel rods, increasing the risk of radiation leaks. Risking an all out nuclear disaster, the Zaporizhzhia NPP endures daily shelling that puts the reactors and the adjacent nuclear waste storage facility in immediate danger. The Russian occupying forces reportedly coerce nuclear power plant staff to do extra long shifts and subject dissenting workers to torture and abuse, according to recent independent media accounts. 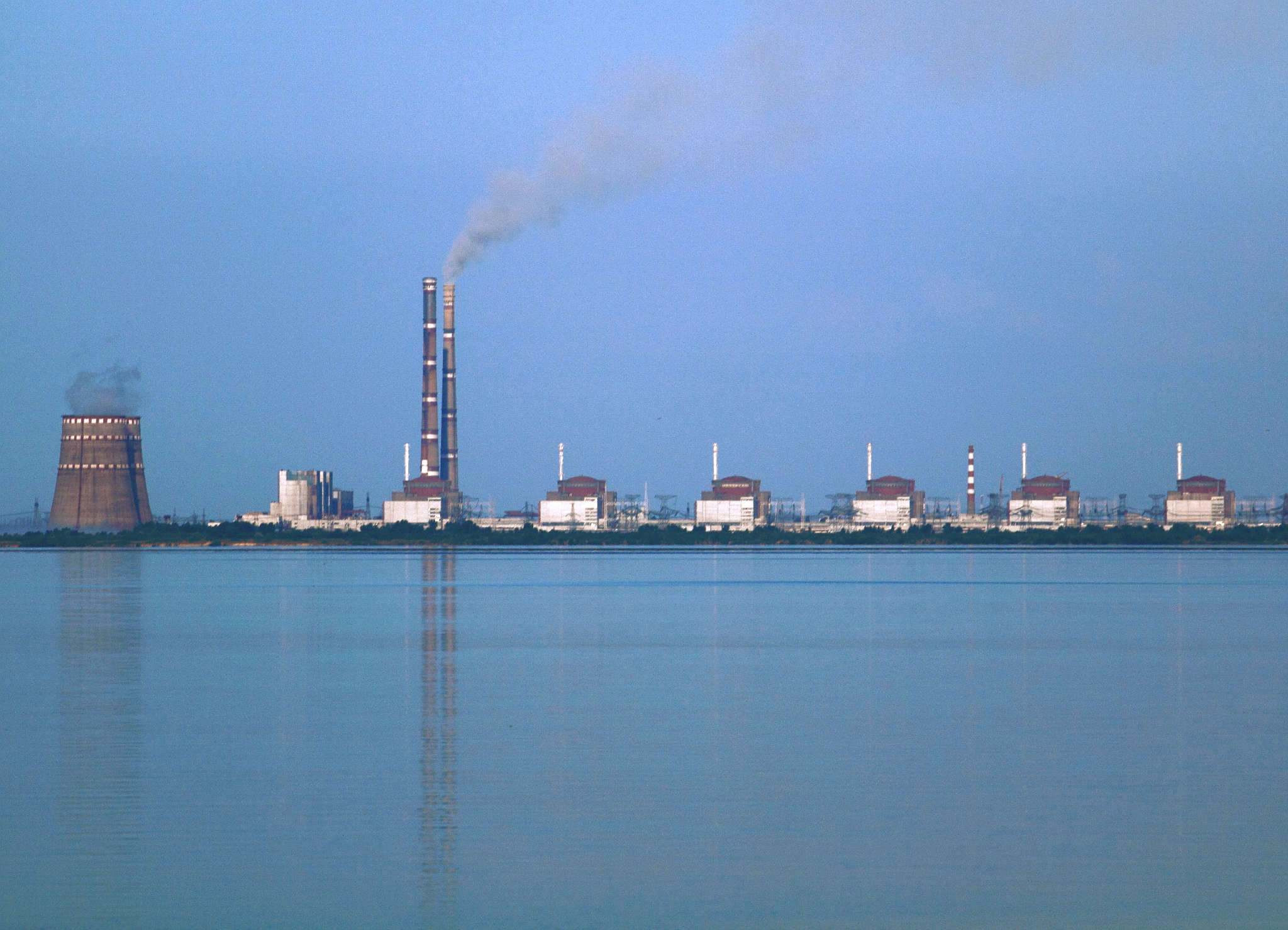 These two incidents are only the latest examples of the blatant disregard for human life and the environment that Russia’s invading forces have displayed. While the Russian army and Rosatom left Chernobyl in April, they are still holding NPP Zaporizhzhia and its staff hostage. Their ability to secure and manage Europe’s largest nuclear power plant properly is highly dubious.

Every nuclear power plant type requires a specific kind of fuel. In practice, this means that if Rosatom builds a reactor, it also supplies its fuel, with almost no exceptions. In Europe, Russian reactors are running in Finland, Hungary, Bulgaria, Slovakia, and the Czech Republic.

These companies cooperate with Rosatom through fuel imports, uranium waste exports, or building of new reactors:

The French nuclear giant, one of Areva’s successors, sends reprocessed uranium to a Russian nuclear military facility in the closed city Tomsk-7 in Siberia. After the uranium is cleaned up there, the radioactive waste remains in Russia, and cleaner uranium is used to produce nuclear fuel. In 2005, then-Areva signed a deal to build a deconversion plant for depleted uranium (see Urenco), and in 2019 Orano signed a deal with Rosatom to build a second one. As late as December 2021, equipment for this project was sent from France to Russia. Orano has a majority stake in two uranium mines in Kazakhstan, together with state-owned Kazatomprom, which also cooperates with Rosatom. Overall, France is Rosatom’s No. 1 client in Western Europe. The Russian corporation maintains close ties to the French Atomic Energy Commission (CEA), EDF, Schneider Electric, and Rolls Royce.

The French company is another successor of Areva and mainly owned by EDF, with shareholdings by Mitsubishi Heavy Industries and Assystem. Targeting the Eastern European market, Framatome and Rosatom expanded their long-term cooperation by signing a strategic agreement in 2021. In Germany, Framatome is active in Erlangen (reactor technology) and in Lingen (nuclear fuel production). In February 2021, Framatome and Rosatom’s subsidiary TVEL entered into a joint venture for Lingen to build nuclear fuel rods for the Eastern European market. After massive protests and the start of the Russian invasion in Ukraine, Framatome withdrew from the joint venture project on February 24, 2022. But Framatome Lingen still supplies the Swiss nuclear reactors Beznau and Leibstadt with Russian uranium. Swiss energy company Axpo holds on to the contracts with Rosatom and/or Framatome. In 2021/22 several transports of uranium oxide pellets and enriched uranium were delivered from Russia to Lingen - it now seems likely that this nuclear fuel went to Switzerland in the end. Out of Erlangen in Bavaria, Framatome is involved in the "modernization" of aging reactors worldwide, but also in building new reactors (e.g. the EPR). In China, Framatome and Rosatom are cooperating on various projects, for example at the reactor site in Tianwan. In 2018 Framatome released a statement, declaring that there had been a "long-term cooperation" between Framatome and Rosatom in China on matters of "safety technology". In Hungary, Framatome cooperates with Rosatom and Siemens on the building of two new reactors in Paks.

The French utility cooperates with Rosenergoatom, Rosatom’s nuclear power plant operator subsidiary, and relies on the Russian company for the full cycle of nuclear power plant development – from reactor design to their eventual commissioning. Its subsidiary Framatome also cooperates with Rosatom (see Framatome). EDF is currently also taking over former Alstom's turbine business in Belfort. EDF's and Rosatom's ties are so close and so well-known that EDF shares took a nosedive even before Russia launched its all-out invasion into Ukraine.

The Finnish company relies on Russia for the import of nuclear fuel to the Loviisa NPP, though it recently declared it would ban Russian uranium imports. The Rosatom subsidiary TVEL has an ongoing contract with Fortum set to run through 2030 when operating licenses for Loviisa expire. Fortum applied for a renewal of operating licenses until 2050 and also plans to initiate a new fuel tendering process that would then have to look beyond Russia.

Rosatom’s subsidiary Rusatom Overseas (RAOS JSC) owns a 34% stake in the Finnish company Fennovoima. Fennovoima is developing the Hanhikivi NPP. The Finnish government recently announced it would not grant Rosatom a license to build the reactors, which pushed Fennovoima to cancel its contract with RAOS on May 2, 2022.

The German company is a Rosatom subsidiary specializing in the decommissioning of NPPs, including the management of nuclear waste and other hazardous materials, radiation control, as well as engineering and consulting services.

The uranium enrichment facility in Gronau, Germany, is owned by RWE and E.ON as well as the governments of the Netherlands and the UK. Over a period of 25 years, Urenco delivered more than 45,000 tons of depleted uranium to Russia from Germany alone, officially for re-enrichment, but in reality overwhelmingly for storage. The last transports in 2019/20 were likely in violation of EU sanctions, according to an expert report. In March 2022, Urenco declared plans to terminate current contracts ‘in both directions’ until further notice. It remains unclear how long this will hold.

ŠKODA JS, a former Czech nuclear company, was acquired by the Russian heavy machinery manufacturer OMZ which has links to Russian gas monopoly Gazprom. ŠKODA JS is responsible for the maintenance of Russian-designed reactors in Hungary, Czech Republic and Slovakia. It is also involved in Rosatom' new NPP project Paks-2 in Hungary. ŠKODA JS is also a partner in several projects with French Framatome to build EPR reactors in the UK, France, and Finland; the two companies cooperate on Chinese nuclear power plant projects, too, including Taishan and Tianwan.

According to the German newspaper taz, Siemens participates in the construction of the two nuclear power plants in Paks, Hungary - under the leadership of Rosatom. Siemens cooperates with Framatome on the delivery of elements in the instrumentats and controls sector. Siemens said in early April 2022 it does not plan to cancel the contract with Rosatom. The German government has not raised any concerns about the nuclear deal between Siemens, Framatome, and Rosatom, either – turning a blind eye to the evident risks.

Call on energy companies to finally step up, take responsibility and help end this war.